When I was a kid, my dad and I LIVED for the WWE. Every time they came to Pittsburgh, we headed down to the Civic Arena for the matches. The energy and excitement was unmatched. I’ll never forget the time we had seats next to the wrestlers entrance. I was on my dad’s shoulders as Andre the Giant returned to the locker room and put his hand on my head. The man was massive, he was almost eye level with me even though we were in the stands and I was on my dad’s shoulders. His hand was bigger than a baseball glove! I was speechless! 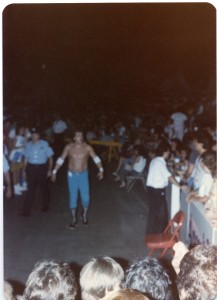 It’s awesome that as a father of four boys, I can share those same moments with my sons. They’ve started really getting into the WWE and as a result, so have I. Every time I turn around, someone is wrestling in this house, rolling around on the carpet or leaping from the furniture.

We were really excited when Mattel sent us some WWE toys to review. The first was the WWE Colossal Crashdown Arena Playset

. It’s awesome. Above the ring is a trigger controlled Superstructure from which the title belt hangs. Wrestlers crash through the superstructure and to the mat triggering the collapse of the superstructure. There are also sliding platforms that work with the WWE Flexforce figurines.

They boys LOVE sending Flip Kickin’ Rey Mysterio through the grates and finishing his off with Body Slammin’ Sheamus. They love how the Flexforce figures launch into signature moves and how the WWE Colossal Crashdown Arena Playset

comes crashing down. They really put it through it’s paces! I can’t get over the arena. When I was about 12, I used to build my own arenas out of scrap wood and old T-Shirts for the mat. I really could have used one of these!

. It’s off limits to the boys! It marks Randy Savage’s “Retirement Match” vs The Ultimate Warrior and his reunion with Miss Elizabeth who saved him from Queen Sherri. I think my favorite line of the night was from Jesse Ventura after a crowd shot of a woman crying at the emotional reunion, to which he said, “Her shoes must be too tight!” followed by “Must have had a chili dog with onions!” Classic! This figures going on the shelf in my office, sorry boys!

. Alex loved folding up the ring and “Taking the show to the next arena” This is another action packed arena with props like a breakaway table, a ladder and garbage cans that the Rumblers can crash into or throw. There are also a couple launchers that fire the Rumblers into the ring. The ring folds up and transforms into a big rig that carries all the accessories and rumbles as you move it along the floor.

The boys and I are really excited about this line. I’m sure Santa will be stuffing more figures in their stockings this Christmas! I know I’ll have a few figures from the Legends Collection on MY list, George “The Animal” Steele, The Iron Sheik, Jake “The Snake”, Actually, all of them! 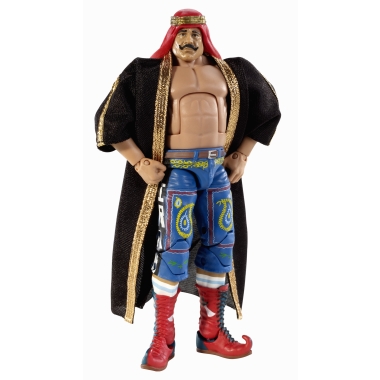