My Husband Started a Garden, but Built a Farm…

My husband has been wanting to build a garden here (like a REAL garden) since the day we moved in. We have a decent size yard, and he had grand visions for it.

In my mind, there were “somethings” that needed to come first in our yard:

5 1/2 years later… Matt was ready to start his garden. Right around the end of April, Matt brought me outside and showed me what he wanted to do. Believe me, I was listening, but I guess I wasn’t listening as intently… or better yet, I guess I didn’t understand properly what it was he actually wanted to do. The main reason I was gung-ho for Matt starting his garden was because I knew he wanted to make sure he absolutely knew what he was putting in his body. The GIST Tumor scared the daylights out of us, and I vowed after that that I really wanted our whole family to eat cleaner and healthier. I suggested we go organic on everything… as to which Matt said, “We don’t need to buy organic if I do it here.”

And so, the garden idea was born and blessed by me (and the boys).

This garden has caused more laughter and jokes in our family than anything.

You see, there’s one thing about my husband that many people might not know. He doesn’t go half-in on ANYTHING. If he commits to something, he’s all-in. I mean, 150%. I knew that, I did. I guess I just didn’t think it would “drip” over into the creation of a garden. Shame on me… !

That is child’s play according to my husband.

At this point… 2 months into this garden, this is what it looks like… 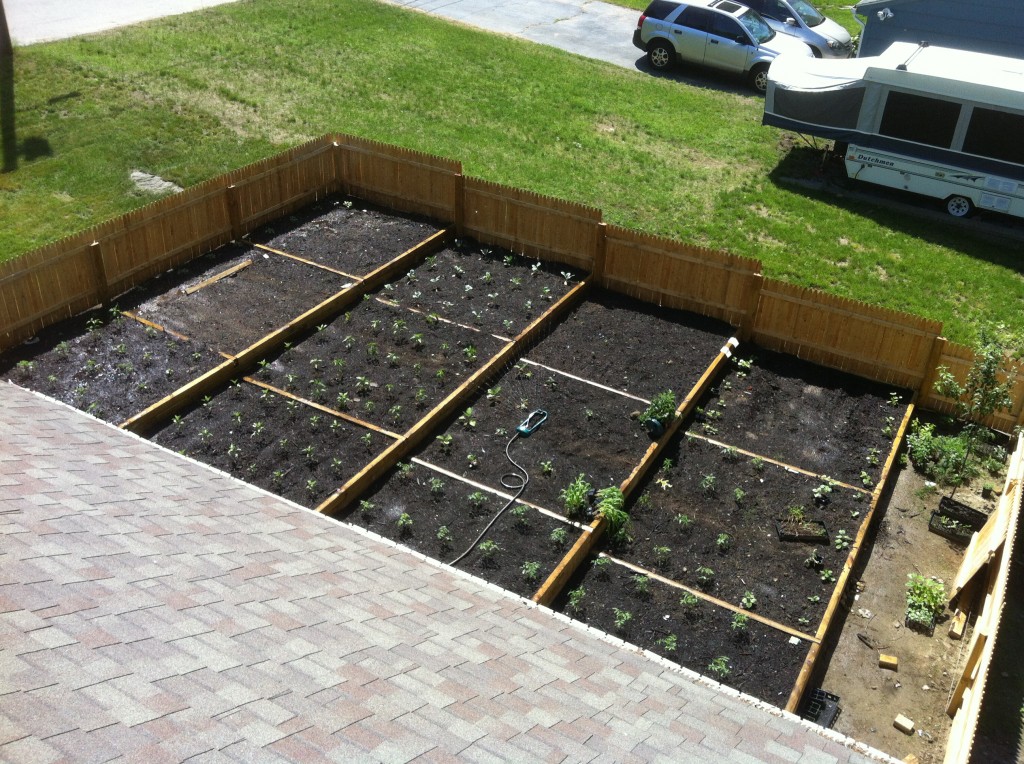 Oh, yes. We’re going to be able to have a vegetable stand next summer out front.