My William loves to swim.

He’s a determined little guy and I love it.

This past weekend he had his Summer Swimming Championships. He wanted to win the 25-Free and the 25-Backstroke in the 8 and under category. He’s 7, so we tried to “talk him down” a little bit. We just said to him, “Buddy… you just swim the best you can do, that’s it!”

When the 25-Free came up, I saw him standing behind his lane ready to go. He wanted it, he wanted it bad. He came in 2nd place by 1/2 second. Putting it lightly, he wasn’t happy. He wasn’t happy at all. I smiled when I saw the competitiveness in his bones, and when he declared, “Next time, that race is mine.” I fully believe that you’re either born with this competitiveness, and… he WAS born with it. 🙂

He was upset after that swim, so I told him, “Go get it in the backstroke”! 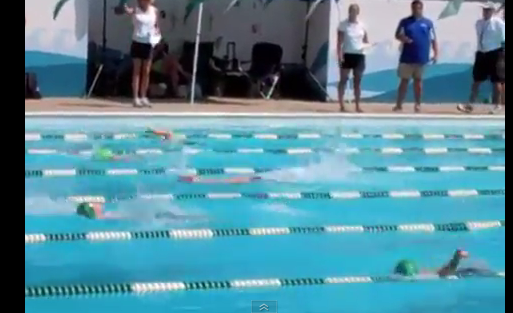 And you know what… he did.

I was so proud of him!