Girls Guide to Football: House of BOYS and Football

I married a football guy. I mean, a die-hard football guy. Matt played in high school football in Western Pennsylvania, where on Friday nights, the towns shut down to watch football (and from what I hear, he was pretty darn good). 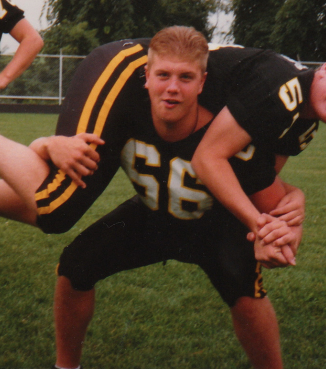 My husband is also a Steelers lover. He’s what they call “die-hard.” He’s a born and bred Steelers fan, and even though we live in New England… he decorates the house in black and gold, wears black and gold and has (lucky him!) 4 little boys who live and breath black and gold, too.

Yup, football is pretty big in the McClelland family.

He’s the ONLY draw back.

I don’t get football.

OK… that’s not 100% true. I get what a “sack” is. I get what a “touchdown” is. I even get what the yardage is meant for on the football field, but I have never watched a game from start to finish. Ever.

I’m determined to change this.

For my sons… I want to learn (fully) the game of football. I don’t just want to be the one dressing them in cool “football” fashions… like this photo from 2009… 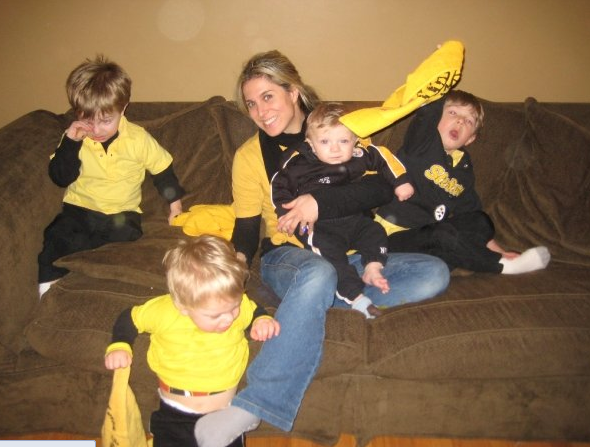 I don’t just want to dress the part, I want to BE the part.

I want football to be a full family activity.

It’s time for a Girl’s Guide to Football.