Yes, I know I’m writing this after the New Year has already begun, and on January 2nd at that. I meant to write it two days ago, but deadlines and I? We have our differences.

For the most part, 2010 was a great year. It had its ups and downs, of course, but it was mostly “ups.” And as cliché as this sounds, I can honestly say that I laughed more than I cried, which is always a good thing.

So, in no particular order, here are 10 Highlights from ’10:

1) The vacation Brian and I took to Florida in March (minus the bikini-shopping trip). It was right after I moved back from NYC, and it was much-needed… so relaxing and fun. One of the very best vacations ever! I can’t wait to go back again this March!

2) Turning 30. I celebrated with a fabulous party with friends and family.

3) Running my first Bost on Marathon – with Brian (his third). I love this picture of us (in the background) finishing. Pay no attention to the elated man in the front. I love the look (of concentration? exhaustion? relief that it’s almost over?) on Brian’s face. 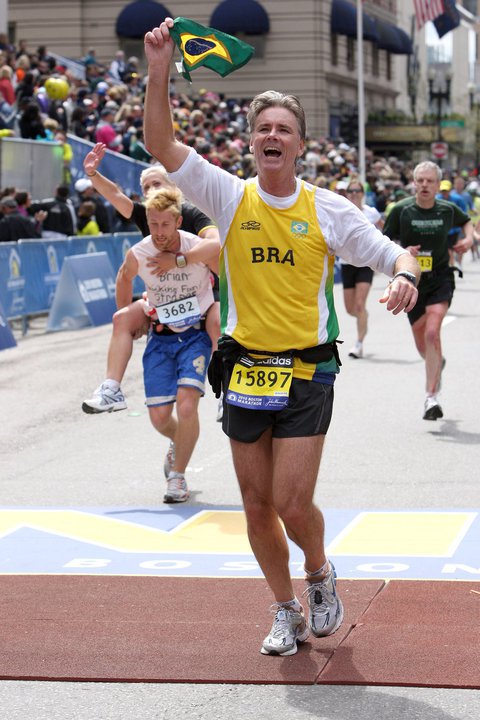 4) Competing in the Amica Ironman Providence 70.3 triathlon alongside my mom, brother and sister-in-law. 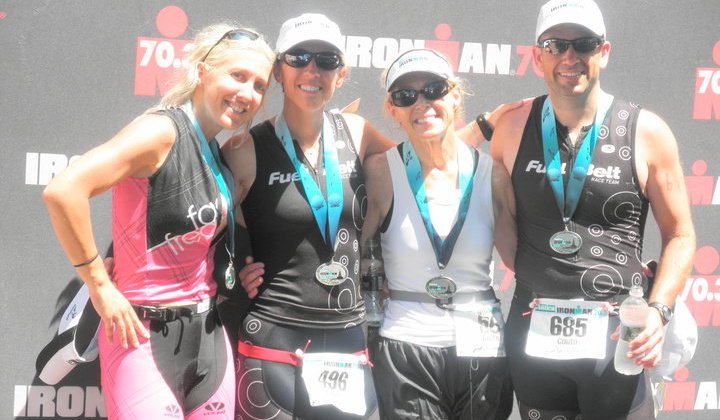 5) Making the decision to move back home to RI from NYC. I only lived in the city for 6 months, but the time I spent there was enough. I had decided to move there before I met Brian… and when I moved and he stayed in RI, it didn’t take me long to realize that back home with him was where I wanted to be.

5) The quiet, almost-Internet-free weekend Brian and I spent in Maine with the dogs. It was better than expected!

6) Starting a little “Brian and Jane” video series, where I use my Flip to document funny or interesting (to us, anyway) things Brian and I do, and then put embarrassing music and captions to them.

7) Walking across the Brooklyn Bridge. When Brian and I went to NYC in August to clean out my apartment there (I had moved out in March), we did this, one of the most touristy things one can do in NYC. Here’s my favorite photo op from that day: 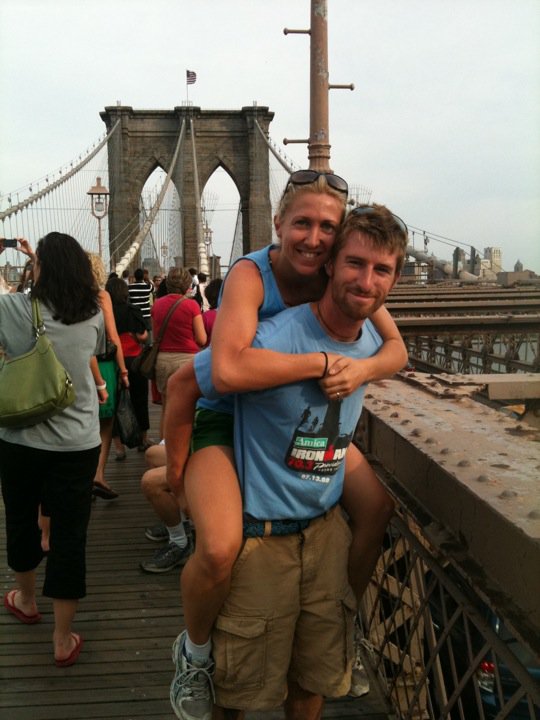 8 ) Celebrating the 1-year anniversary of my first date with Brian in September.

9) Speaking on the Monetizing Your Blog panel at BlogPaws in Cleveland, OH. It was the first time I had been asked to speak at a conference, and I was honored and elated! Brian came with me and we had a great time. Here’s a photo of me and my fellow panelists:

10) Feeling like a legit writer. When I moved home from NYC, I sat down with my dad one day, kind of at a crossroads. I knew my passion was writing, but I guess I needed someone to say, “Then you’re a writer. That’s what you are. Write for a living.” And he did. Now I have been published in the Providence Journal, I have a weekly running column on Patch, and I have a steady copywriting gig, among other things. I keep most of my writing info here.