Recharging in the New Year

I vowed this year to take some time for myself and “recharge” more with the boys. This is a very easy statement to make it, but I am committed to following it through. Everyone needs a little personal “recharging” time. It’s these moments that truly make life more enjoyable.

So… instead of trying to find things to do to recharge outside of my home (because I really want to do things with my little guys), I thought it would be fun (and easier) to start getting myself acquainted with something in this house that brings hours of enjoyment to my sons.

My sons LOVE playing games on the Wii, and it’s so funny because we’ve had the Wii for a long time now, but I’ve just never really played much. In all honesty, I couldn’t even turn the Wii on. So I was determined to change this! You should have seen my William’s face when I asked him to give me a quick tutorial on what to do with the Wii… how to turn it on, how to put games in, how to create an “Audrey” character. He was (in a word) BEAMING.

So he got me up and running (no pun intended). And now… a couple nights a week, just about when it’s after dinner and right before that “getting ready for bed” time, I sneak downstairs for a little Wii time with the boys. We’ve got a couple of games that we LOVE… one of which is Michael Jackson Experience for the Wii. 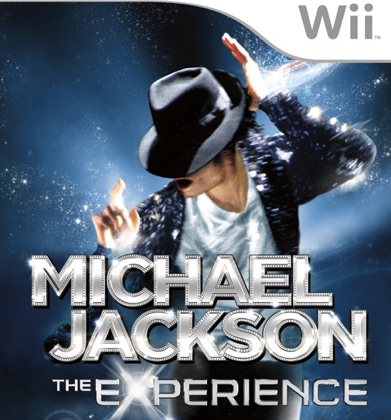 It’s just a fun way to disconnect and have some fun with the boys. Rayovac batteries keeps up all charged up remote-wise, and we’re just having a blast hanging out together and doing some dancing, some laughing and some competing (my husband always seems to beat us all at Michael Jackson).

What have you been doing to recharge yourself in the New Year?

Disclosure: I’m one of the Rayovac Ambassadors.
To find out what Rayovac is up to, have your followers log on to www.Facebook.com/Rayovac