Understanding the Game of Minecraft 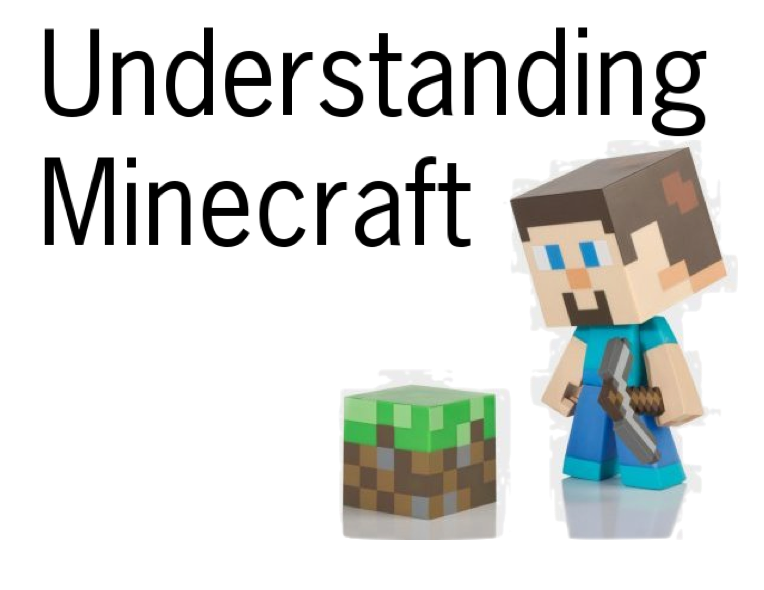 My sons have been playing Minecraft like little addicts lately.

At first, I thought it was a LEGO game because they kept talking about “building things”. I truly didn’t understand what it was that they were playing, but it seemed to capture their attention for hours at a time.

This past weekend, I finally sat down with my son William and had him explain the nuts and the bolts to me of Minecraft. I knew he must be serious about it when he begged me all weekend to help him find Minecraft YouTube tutorials. After watching about 5 of them with him, I quickly understood that my OWN son could easily create one of these Minecraft tutorials, too.

If your kids are into Minecraft as much as mine are, I wanted to write a post about understand the game of Minecraft and that it really is a good game for your kids to play (not to worry!).

So what is Minecraft?
(According to the website)
Minecraft is a game about breaking and placing blocks. At first, people built structures to protect against nocturnal monsters, but as the game grew, players worked together to create wonderful, imaginative things together.

The creative and building aspects of Minecraft allow players to build constructions out of textured cubes in a 3D procedurally generated world. Other activities in the game include exploration, gathering resources, crafting and combat. Gameplay in its commercial release has two principal modes: survival, which requires players to acquire resources and maintain their health and hunger; and creative, where players have an unlimited supply of resources, the ability to fly, and no health or hunger. A third gameplay mode named hardcore is the same as survival, differing only in difficulty; it is set to hardest setting and respawning is disabled, forcing players to delete their worlds upon death.

It really is very cool.

1) They are using their imaginations to build whatever they want and desire. My sons have been obsessed with building mansions, the largest mansions imaginable.

3) Henry (my 4 year old) can play, too. This isn’t a game just for older kids… Henry definitely gets it and understands the concept of building something he wants.

4) You can create and share worlds with your friends and brothers! I knew something was up when I heard them fighting about one of them trying to burn one of their mansion’s down.

5) It’s the kind of game they can keep coming back to, it’s not one of those you play, you lose… and that’s it.

I’m going to keep writing about our Minecraft adventures because this is something my sons are so crazy into right now.

I just wanted other moms to know my feelings on the game, and I’d love to know yours!