Many of you know that my daughter was born with a hemangioma on her head.  It was a shock at first because we had never known much about hemangiomas.  When the doctor at the hospital told us that she “most likely” had one, my first question was… “But what does that mean?” I remember her saying, “It will get really red and raised for the first 6 months of her life.” As soon as we got home from the hospital, I started doing research on them. Would it hurt her? Are they dangerous? Will it go away? How big will it actually get? All these questions crossed my mind. And… like clockwork, within 2 weeks of her birth, the spot on her head started to get very red, very quickly. Over the course of 6 months, it was raised 1/4 of an inch (maybe a little more) off of her head. 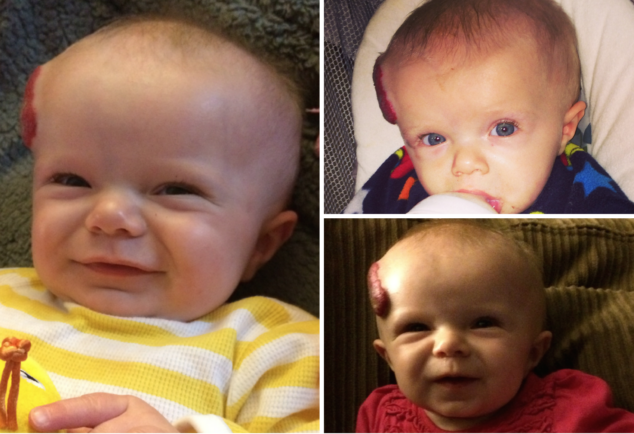 It was tough because in DEC of last year, it got infected and had ulcerations all over it. It was a tough time for me because I felt so badly for her. Fortunately we started going to Boston Children’s Hospital at the suggestion of our doctor, so we were in the best hands and the best care. They took extra-extra good care of Victoria.

For personal reasons, we opted not to go the route of medication with Victoria. So for us, time was what we had to deal with and wait out on. Our doctor told us that once she turned 1, the regression would really start to be apparent and we would see changes in the growth and it start to shrink.

Since I haven’t updated in such a long time, I wanted to update today on her hemangioma and let you know that she’s doing awesome! 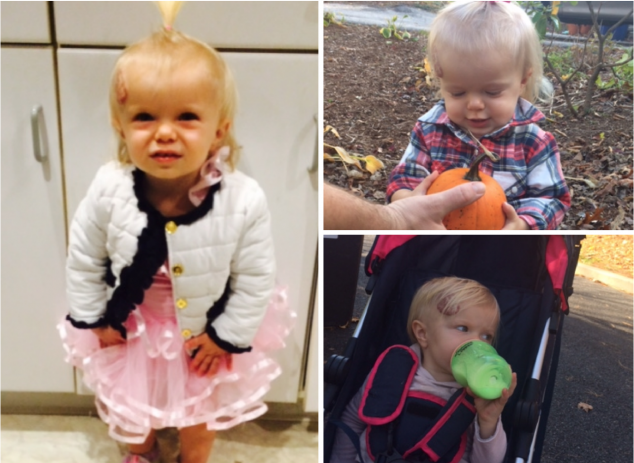