Girls Football: Football Glossary of Things to Know for the BIG GAME. ALRIGHT EVERYONE – GIRLS FOOTBALL… it’s my mission to get as many mamas into football as can be!! I’m here and I’m ready to teach the game and keep you engaged!! There’s a lot of stuff about football that I never – ever – knew. I’ll never forget my dad once sittig down with me and teaching me the game because I wanted to do the announcing during the freshman football games in high school. He taught me a ton! 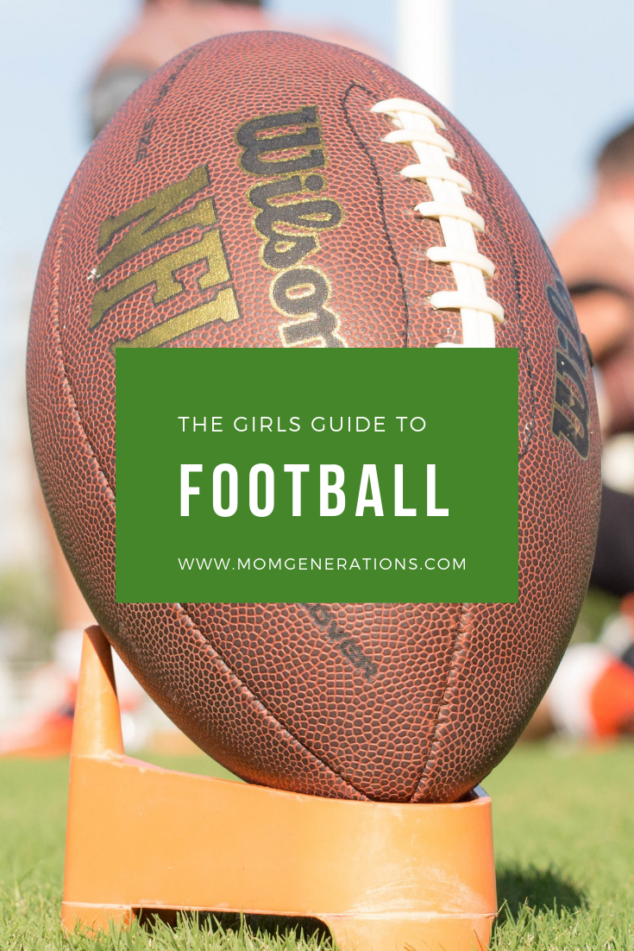 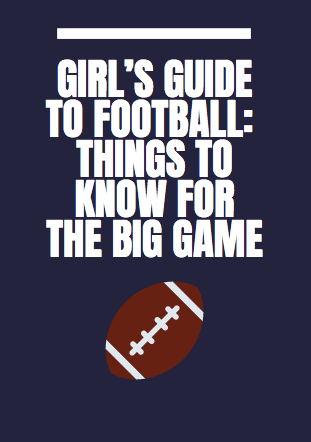 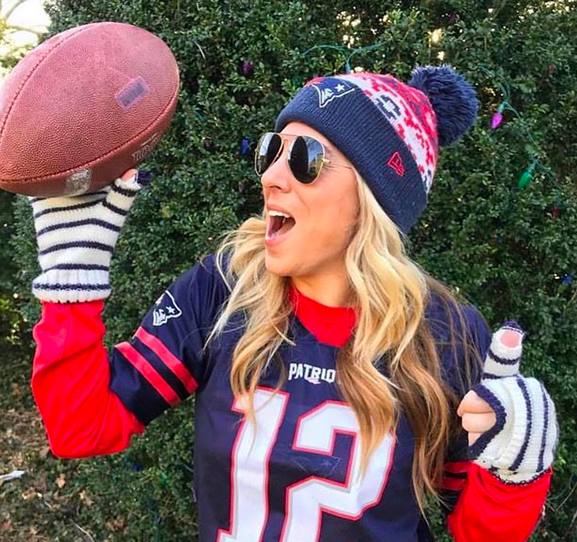 I’ve been on the “sidelines” throughout the season, but with the BIG GAME coming up, I thought it was time to learn the game. It’s one of my bucket list items this year. So I thought it would be helpful to create a FOOTBALL GLOSSARY for myself.

BLOCK – Definition: Engaging an opponent in an effort to keep him from getting to a specific part of the field or player.

CLIPPING – Definition: An illegal block in which a player hits an opponent from behind, typically at leg level.

COIN TOSS – Definition: Before the start of the game, the captain of the visiting team calls heads or tails of a coin flipped by the referee.

DEAD BALL – Definition: The period of time between plays when the ball is no longer in play, which is determined by the officials signaling the play to be over.

DEFENSIVE HOLDING – Definition: Use of the hands to hold or push an offensive receiver or back on a passing play beyond the first five yards past the line of scrimmage.

END ZONE – Definition: A 10-yard section stretching the width of the field at both ends of the playing field.

EXTRA POINT – Definition: After a touchdown, the scoring team is allowed to add another point by kicking the football through the uprights of the goalpost.

FIELD GOAL – Definition: A score worth three points made on an ordinary down by place-kicking or drop-kicking the ball over the crossbar and between the goal posts.

FOUL – Definition: Any violation of a playing rule.

FREE KICK – Definition: Either a kickoff or a punt following a safety.

HAIL MARY – Definition: An offensive play where the quarterback throws the ball up in the air without really targeting any particular receiver, hoping someone on his team catches it.

HOLDING – Definition: Is the illegal restraining of another player who is not in possession of the ball.

INTERCEPTION – Definition: A pass that is caught by a defensive player. An interception results in a change of possession.

KICK-OFF – Definition: A kick that puts the ball into play.

LOOSE BALL – Definition: A ball that is not in possession of either team.

OFFSIDE – Definition: A penalty that occurs when any part of a defender’s body is beyond his line of scrimmage when the ball is snapped.

PENALTY – Definition: Is a sanction called against a team for a violation of the rules, called a foul.

POSSESSION – Definition: When a team has control of the ball.

SACK – Definition: A sack occurs when the quarterback is tackled behind the line of scrimmage before he can throw a forward pass.

TOUCHDOWN – Definition: A scoring play in which any part of the ball, while legally in the possession of a player who is in-bounds, crosses the plane of the opponent’s goal line. A touchdown is worth six points, and the scoring team is given the option of attempting to add one or two bonus points on the next play.

UNNECESSARY ROUGHNESS – Definition: An illegal play where a player, in the judgement of the officials, uses tactics that are above and beyond what is necessary to block or tackle another player.

There’s a TON MORE FOOTBALL TERMS, but I thought these would be most the helpful to kick-off (pun intended!) with! But I love that Girls Football (not that we’re playing) is out there and alive and well!!