Truth be told, I never ate bologna while growing up.

It kind of repulsed me with its shiny, slimy appearance and, if inspected properly (like I did meticulously), it had tiny white things in it.

(I also inspected bananas for little black things and oh, strawberries, too. Yep, made my Mom happy. Not.)

But back to bologna.

(Well, may as well discuss sliced cheese, too. Directly from the fridge, probably OK. But a half-second warm? Um. No.)

(Oh, and those wrinkles on the ends of hot dogs? I called them “old man hands”… didn’t you? My Mom & Dad would cut those suckers off my hot dogs before they even cooked or grilled them for me. Good times.)

But wasn’t I discussing bologna way back at the beginning of this post?

So when I met Barry, one of the first things he offered to make for lunch one fine day was Fried Bologna and Tomato Sandwiches.

I couldn’t even concentrate on the fact that this hot stud of a man was offering to make lunch in my tiny 4th floor walk-up apartment… never mind heading to the supermarket to buy all the stuff he needed.

All I heard was one word: BOLOGNA.

Should I recoil in fear? Scream, “Noooooooooooo.”

Or just take my chances on pork fat.

I took my chances.

Watched this guy handle his bologna (um.) as he sliced it just a bit, threw it on the griddle and watched it cone up in the middle and fry the slime, shine and white things right out of it.

Next came the tomatoes.

This guy knew a thing or two about tomatoes, too (um.).

SO, this brings me to this past Saturday and a moment when Barry and I realized that our new stove was hooked up. We were hungry. It was lunch time.

And this hot stud of a man was offering to make lunch in our new (but still way not finished) dream kitchen… never mind heading to the supermarket to buy all the stuff he needed.

All I heard was one word: BOLOGNA. 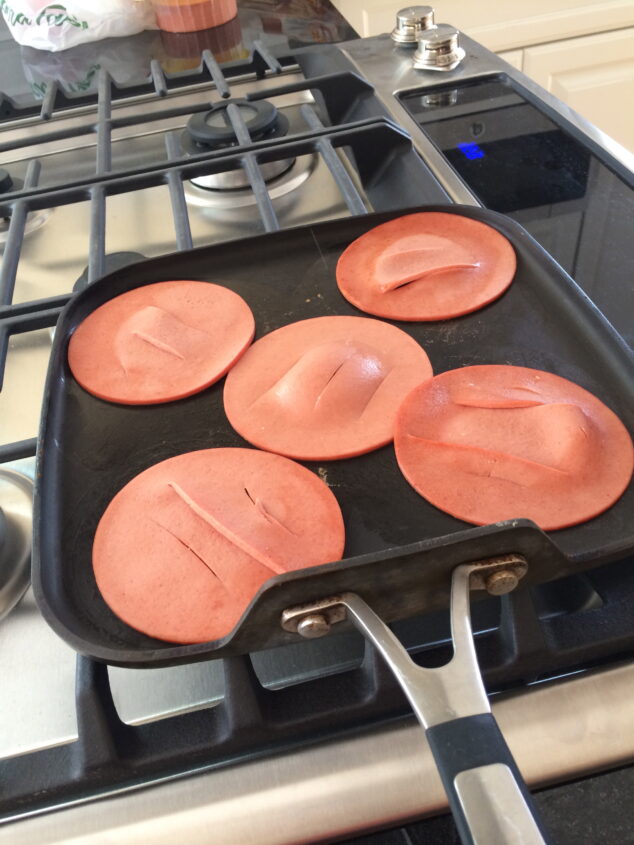 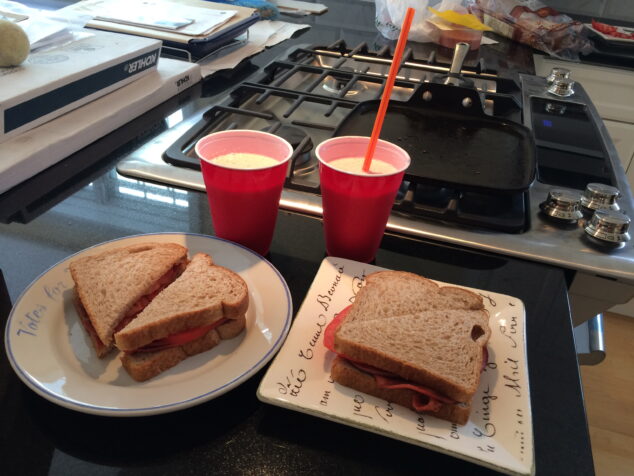 All together in one, perfect place.