Would you like it if someone wrote your biography? Or write your own memoir? #BlogHerWritingLab

Thursday, April 7, 2016
Would you like it if someone wrote your biography, or would you rather write your own memoir?

My maternal great-great-grandmother, Bridget Considine, arrived in Boston from Ireland on October 1, 1887 on the S.S. Catalonia. She sailed in the “after steerage” section and listed her occupation on the passenger list as “servant.”

Researching my ancestry has unfolded scraps of paper, bits and pieces of the lives of immigrants who had Hopes and Dreams of a new world, a new beginning, a new life.

But these scraps of paper or lovely penmanship of church records of births, Baptisms, marriages and deaths cannot possible capture the words or thoughts or feelings of these people as they braved the most life-altering bits and pieces of these ancestors’ biographies. Yes, on each side of my geneology I come from servants and farmers and miners and sailors, but these people live in every detail of my life. My Biography.

My Dad left home on his family’s farm at age 17 and joined the U.S. Navy. He would meet my Mom, a working girl from Boston, on New Year’s Eve 1950 and marry her in August 1950. Each would stress the importance of education. Why? Where had this Hope and Dream for their children come from? I would become the first girl in my family to graduate from college. My two daughters would go on to graduate from Brown University. I often thought of my ancestors as I walked around the campus of that University. I know they were there.

How can, really really, any of this be captured between covers of a book? 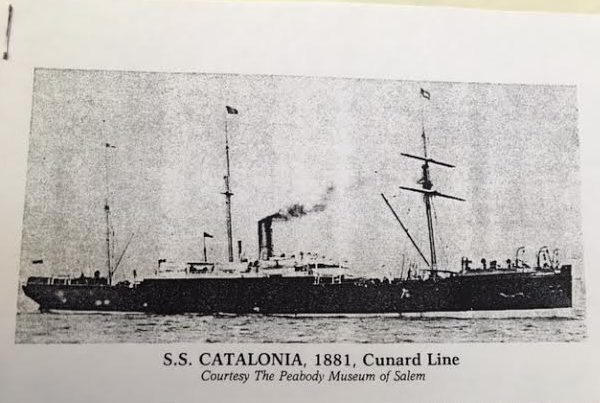 Who Would Write My Biography?

There’ve been thousands of people in my physical space
For over 63 and one half years,
Spanning this great United States
And here and there of many other spheres.

If any of these peeps were to write about me
I’d choose a dozen or two
Who’d only begin to scratch the surface of me
In a biography that’s true.

Of course, there’s my ancestry,
My lineage and bloodline
Of Polish, Irish and Croatian, too
A bit of Latvian, strong as steel
And a touch of Czech, to boot.

Why not? America’s the melting pot!

Farmers, sailors, servants, miners,
A collective, solid folk
Who left their homelands to sail away
On nothing but mind-boggling Hope.

How would someone capture this –
These ships and Ellis Islands
And dreams?
Has anyone walked in their shoes
And boots
Or bootless?
Immigrants in human steams –
Of Hope.

Would my biographer
Grasp the truth,
The heartache
The lonely
The fear?
The New World
Of Baltimore
Of Boston
Of Hibbing
Of Chicago?
Of Michigan’s
New frontier?

Were they writers
Or poets?
Artists or Sculptors
At the ends of their very
Long days?

Did they dance?
Did they sing
In choirs
In solitude?
Did they run, run and run some more and run, run, run
In play.

Did they read
To their children,
If they could read at all.
Educated on the land
With the land,
Beneath the land
And on sea.

Did they tip some ale
While weaving tales?
Ah, now that I see!

This and these people
Are such a part of me.
I feel them
See them
And listen, too
For the gifts they’ve given
To me.

How could anyone else feel them. See them. Hear them. Understand their gifts?

How could I possibly entrust even one or two or three
To scratch the surface of them.

How could I possibly reconcile a stranger or even a trusted researcher muddling around in my history without accessing what lives in my veins and in my mind?

What do you think?