Why I am not racing Clearwater…

A few weeks ago, I left my house for a 3.5-hour training ride, only to return about 15 minutes later.

After a few hours (yes, hours) of reflection, I wrote an email to my coach, whose customized workouts I had been following as I trained for the Ironman 70.3 Championship in Clearwater, FL.

Among other things, I told him: I’ve ceased to find the joy in training.

I tried taking a week off to see if it made any difference. But it didn’t. And even watching Mom train for the very same race, while it inspired me, didn’t reignite the flame inside… the flame I would need in order to put in the hours upon hours of swimming, biking and running that racing Clearwater would require.

While, as an athlete, I am obviously nowhere near the caliber of 3-time Ironman World Champion Chrissie Wellington or U.S. Half Marathon record holder Ryan Hall, I can relate to the very tough personal and professional decisions each had to come to recently.

Wellington decided to back out of the 2010 Ironman World Championship this past Saturday, the day of the race, due to flu-like symptoms. Hall withdrew from Sunday’s Chicago Marathon, where he had hoped to capture the U.S. Marathon record, less than two weeks before the race, citing overtraining and fatigue.

They both knew that they would not be at their best.

And again, while they are on totally different levels than I am, I can relate to that feeling.

Somewhere along the line, it ceased to be fun. And I reached my breaking point the day I was supposed to do that 3.5-hour ride.

At first, I felt badly about dropping out of Clearwater. I felt guilty. I felt I was letting myself and others down.

But then I remembered this: it’s just a race.

And also this: I am in charge of my own decisions.

I don’t owe it to anyone, not even myself, to race Clearwater. What I do owe myself is the chance to rest, regroup and find my desire again.

To find the joy in training.

I’m looking forward to it. 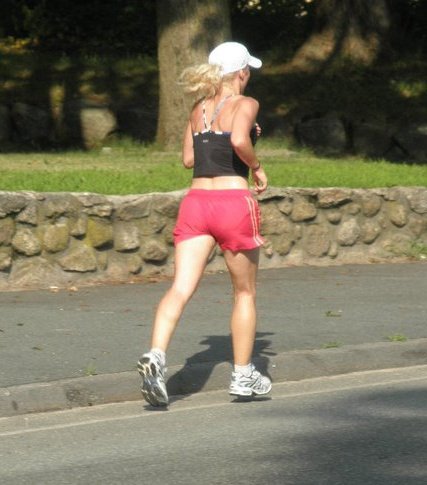